Welcome to the fourth issue of the Rust GameDev Workgroup’s monthly newsletter.

The game is programmed in Rust and the main crates used are: ggez, imgui and serde.

This first version is fully playable, but if you want to comment, bring your ideas or contribute to the development of the game, in any way, do not hesitate to post a message. 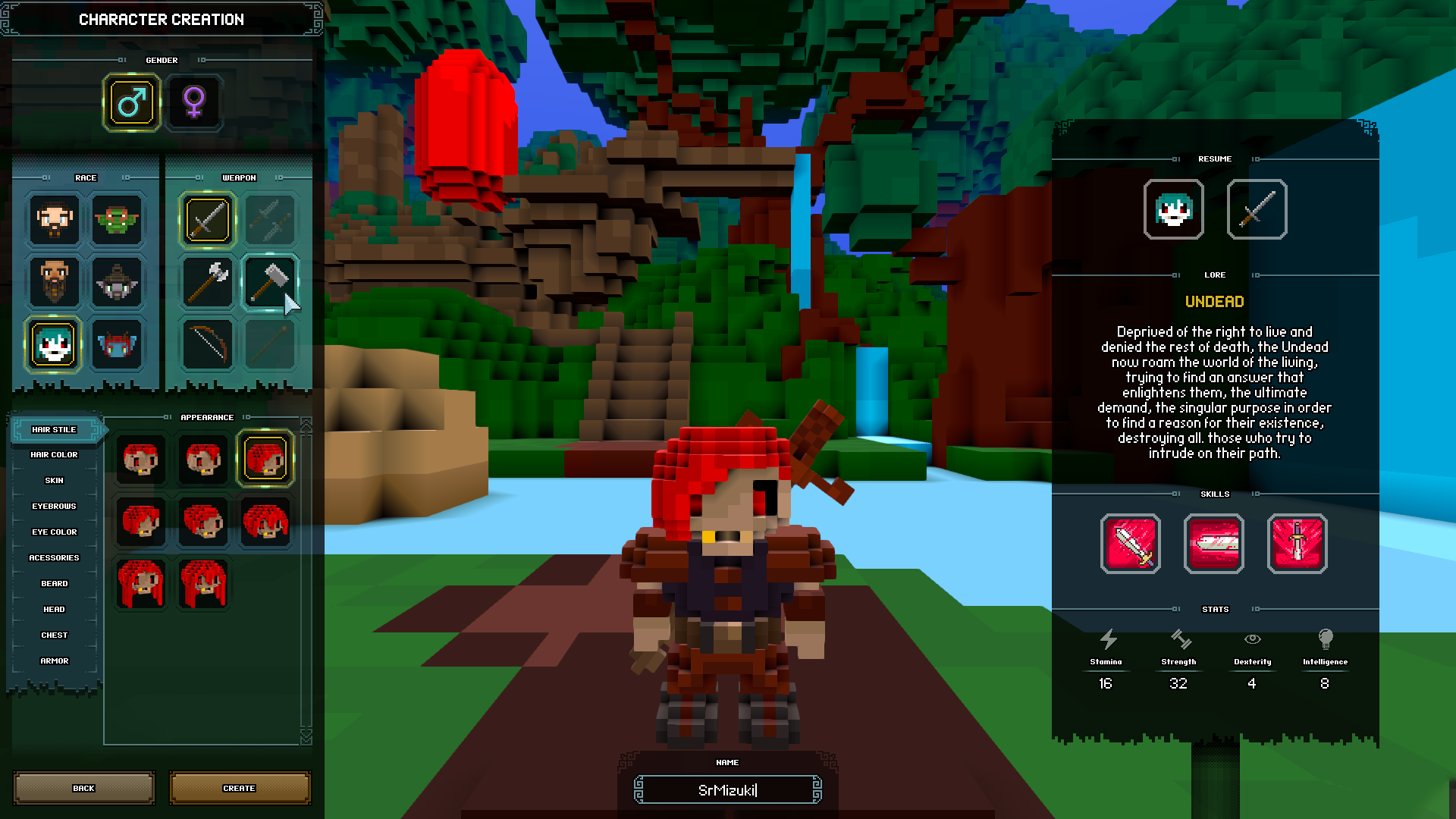 Some of November's updates:

Check out a new video "What is Veloren?" by @DoNeo and @RonVal4 (it's in Russian but has English subtitles): 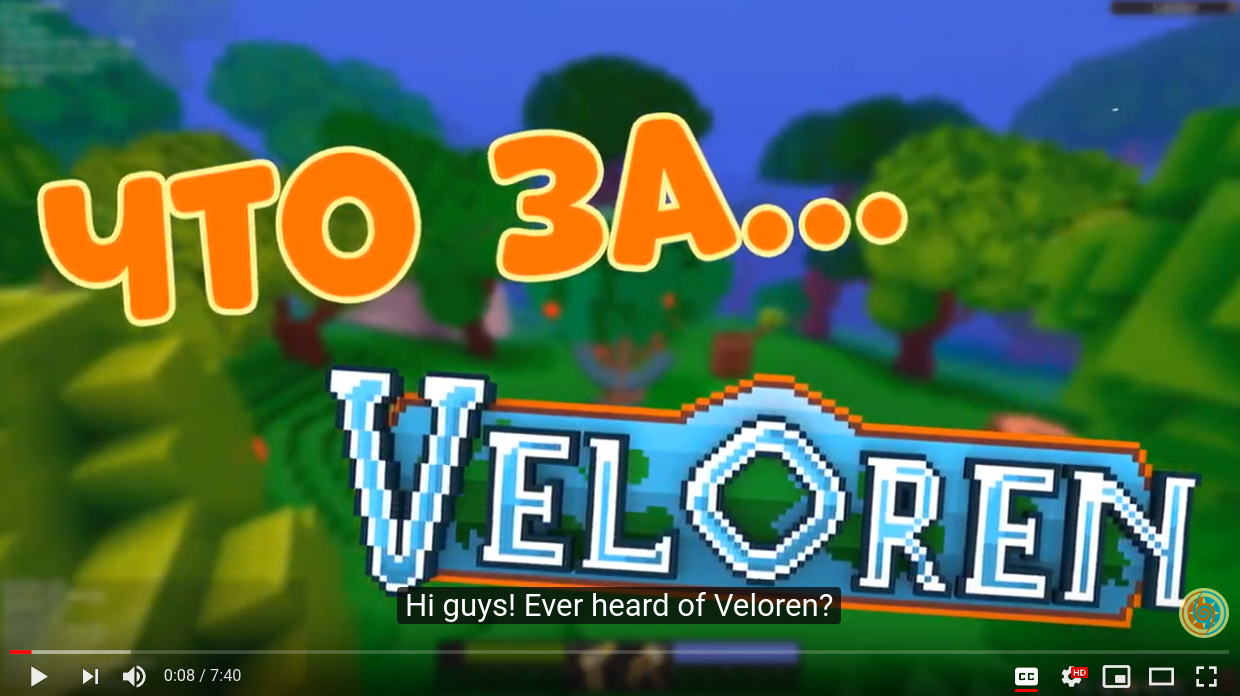 Also, they've written an article in Russian about Veloren for dtf.ru. 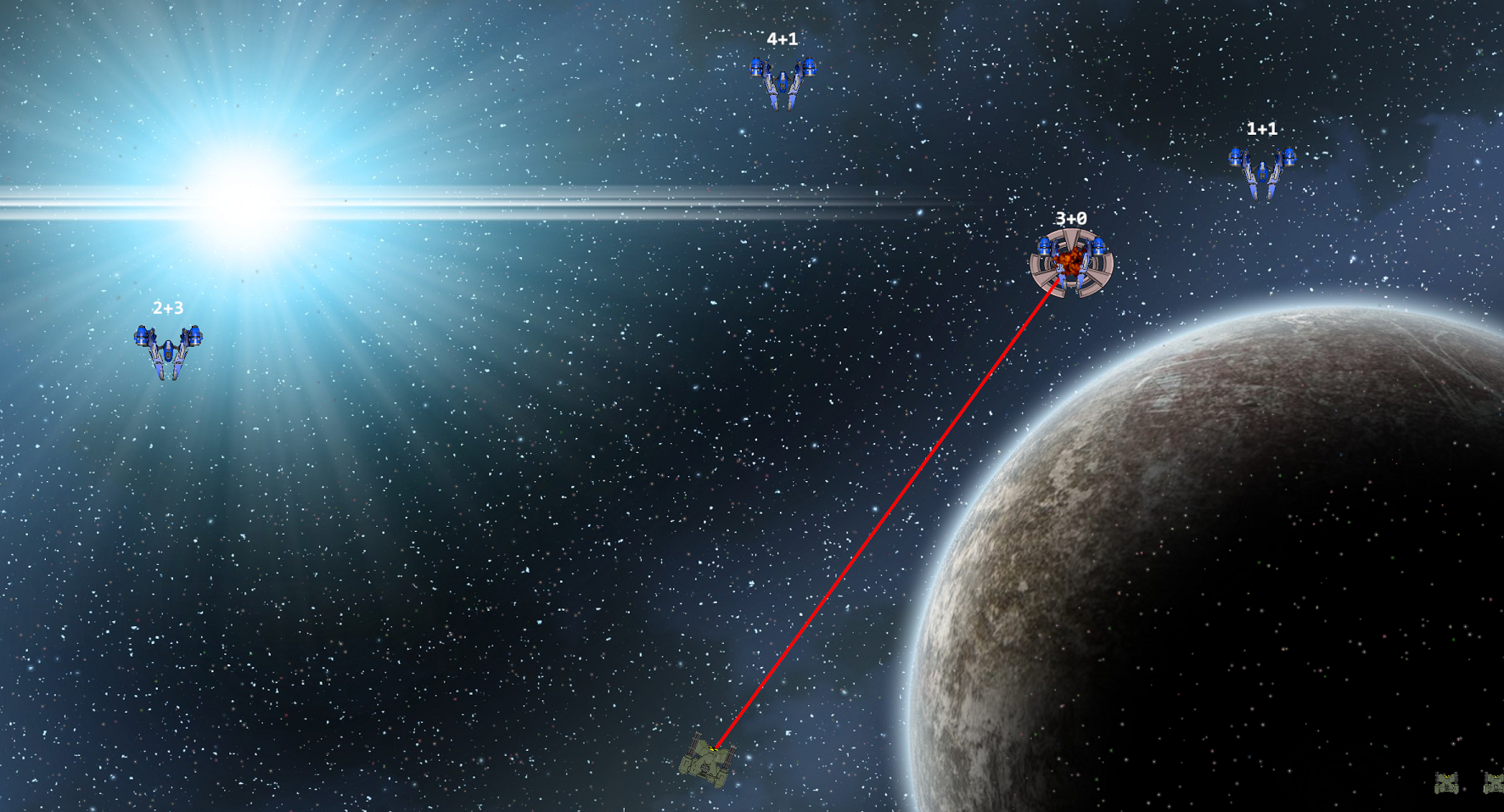 Math Defense by @512Avx is a math game for kids.

Progress through addition, subtraction, multiplication, and division by solving the math problems to shoot down enemy space ships. Multiple difficulty levels and fully customizable by editing the levels.json file. Create your own levels, change the difficulty, whatever you like.

This month, an article "Basic Resource Management" was published:

In developing Sulis, one of the primary goals is easy and powerful modding capabilities. To that end, virtually all resources are defined via simple YAML files. The idea is that anyone with a text editor can create new resources or edit existing ones easily. However, this immediately brings up the question of how to manage all these resources within the game's state. In Sulis, this is handled via a central resource manager.

While Sulis is used as the primary example, the article should apply to pretty much any game.

Also, the project (the game itself and its source code) was reviewed by gamefromscratch.com [/r/rust_gamedev]. 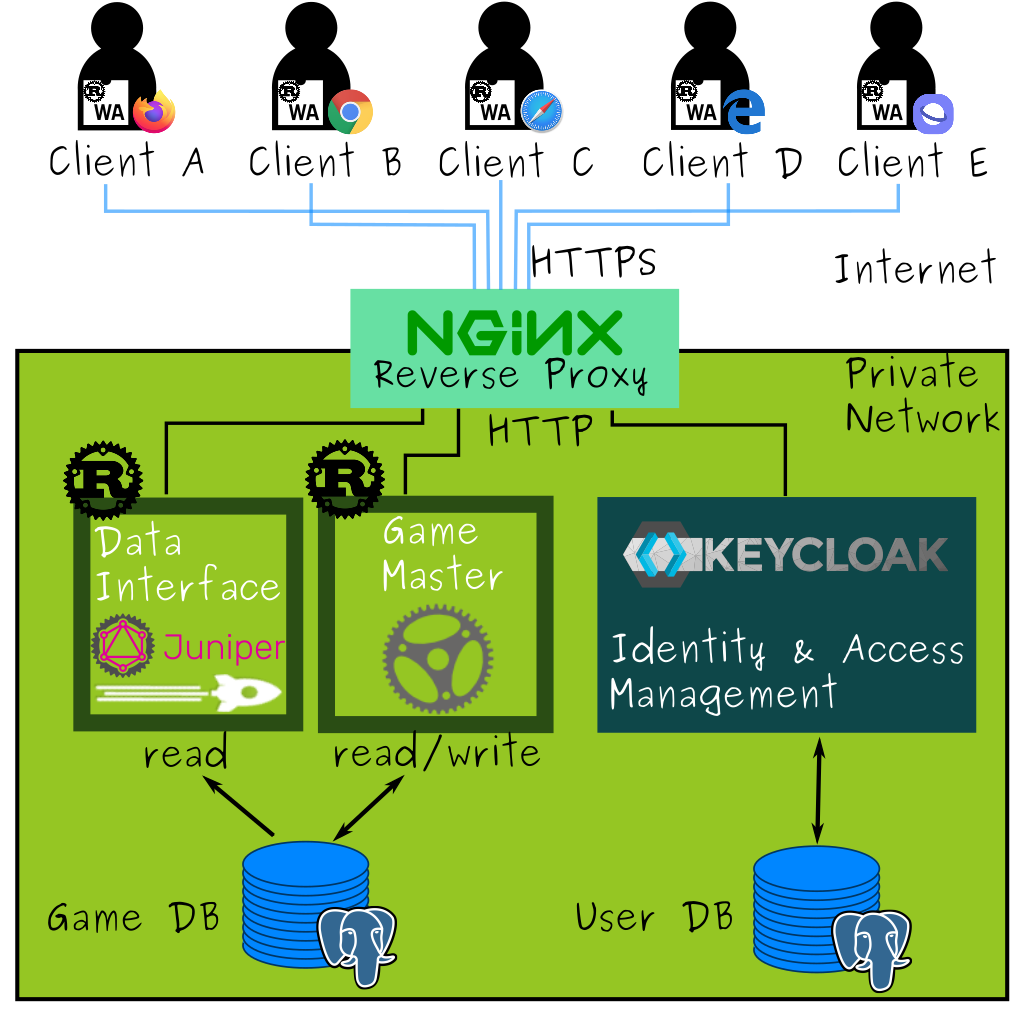 Check out a live demo at demo.paddlers.ch (a test user's username is "Tester", password is "1").

This month the third devlog was published: "#3: Fun with Rust and distributed systems". It overviews the architecture and implementation of the project. 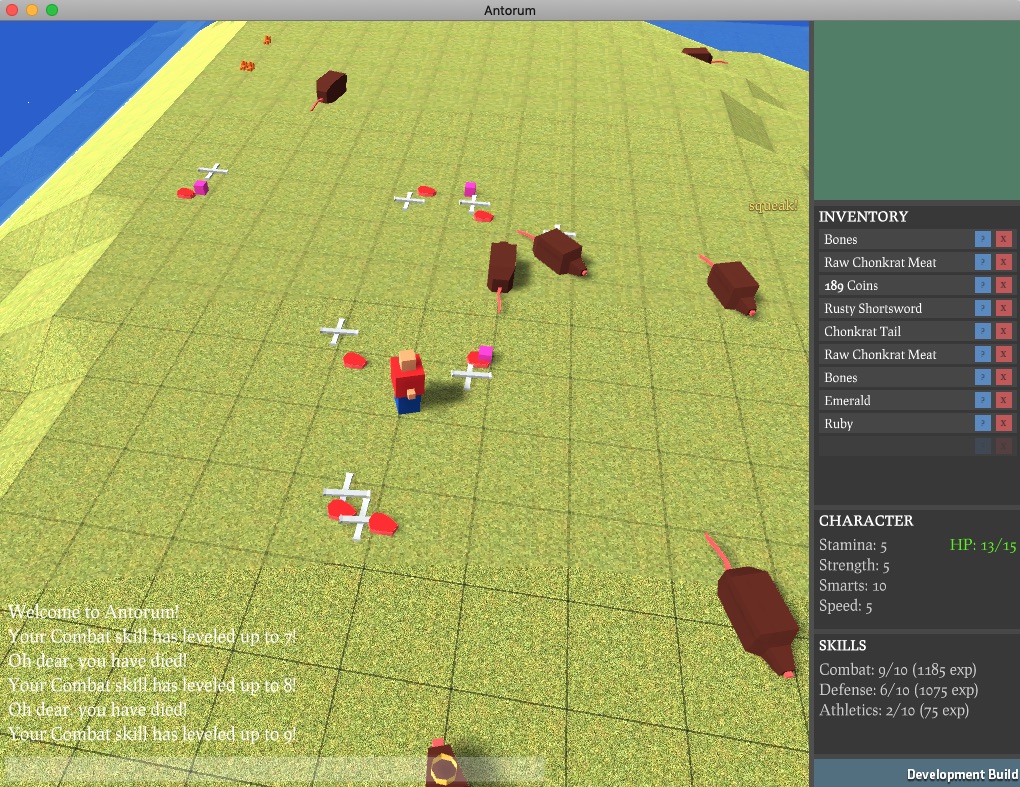 Antorum is a multiplayer RPG where players build their characters and fight against the growing threats on the isle. The game server is authoritative and written in Rust, while the client is written in Unity/C#.

This month, @dooskington published the 11th devlog "Drop Tables" about the implementation of a drop table system to handle monster loot.

Demo of the basic ship collision.

Tom Leys is working on a "The Recall Singularity" game about designing autonomous factory ships and stations and this month they published a devlog post: "Recalling Nov 2019".

You can also watch a video version here. 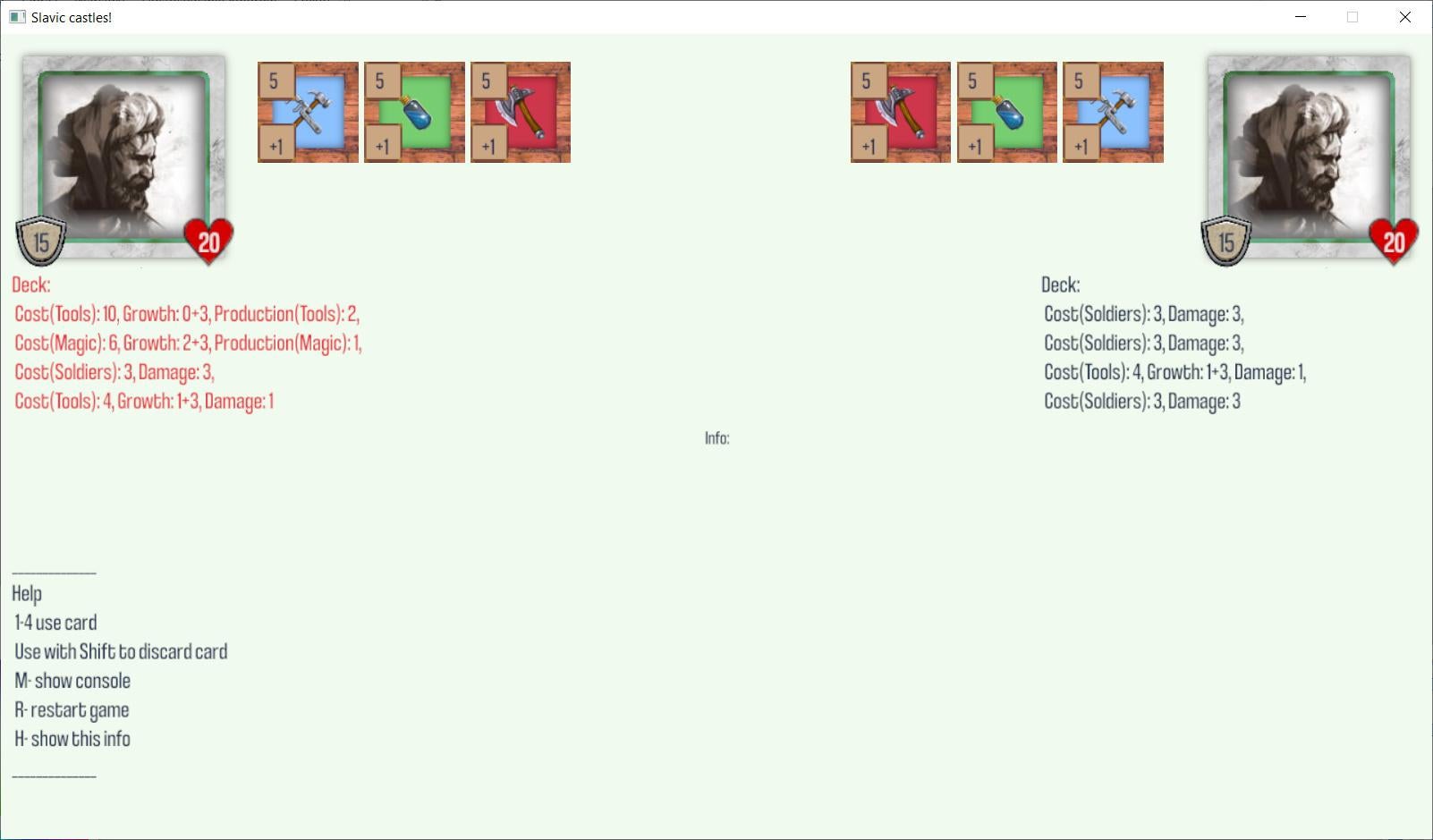 You can play online here or on itch.io. 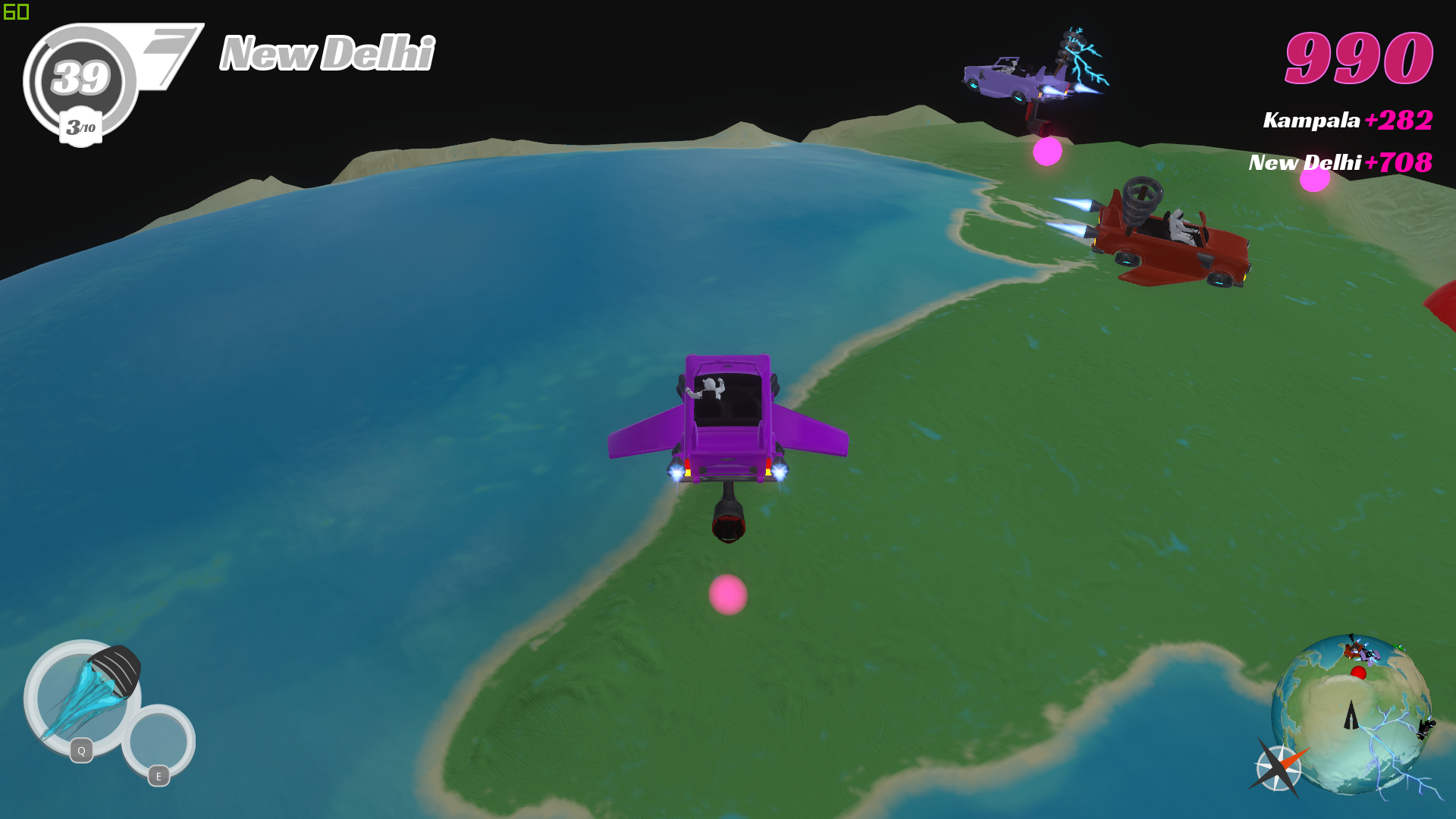 Erasterra is a geography racing game. It uses Rust to implement the matchmaking server.

It made sense to implement the matchmaker in Rust because it's designed to be a long-running service and as such it may not crash. Rust simply makes it easier to implement non-crashing software 🙌 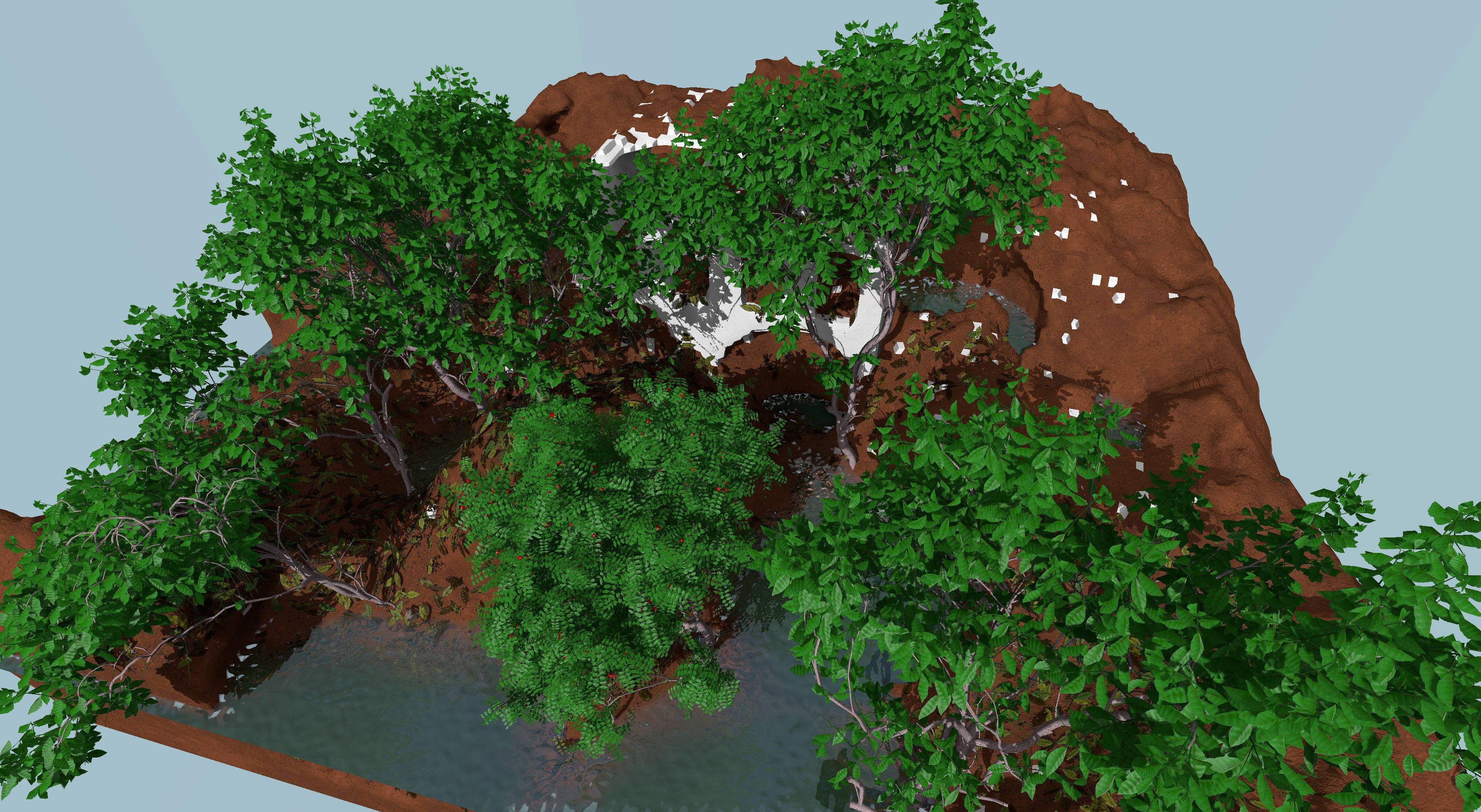 @logicsoup tweeted a bunch of updates, including: 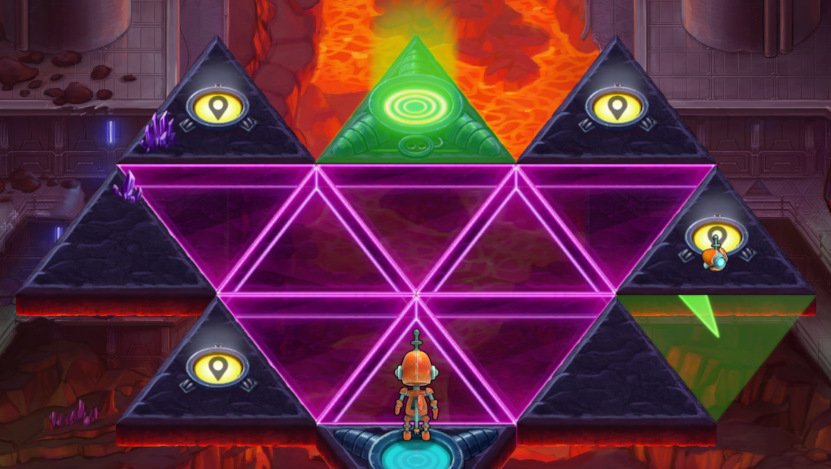 You can contribute to translations here.

GitHub's Game Off is an annual month-long game jam (hackathon for building games). This year’s theme is "leaps and bounds". 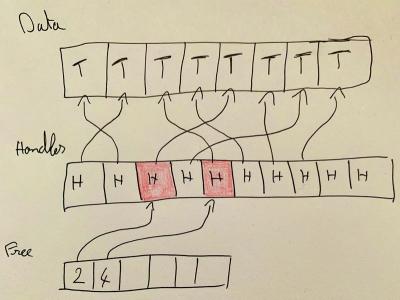 @kooparse published a post about implementing a quick memory arena.

For my game, I decided to store almost every entity in a big chunk of memory allocated only once when the program boot. I am using this technique for three reasons. First, I want full and precise control over how memory is managed in the game, second I want better data locality in order to increase cache hits from the cpu, and finally, at runtime asking the operating system in order to allocate more memory is slow.

wgpu is a library in Rust that is meant to be the go-to solution for most graphics and compute needs.

wgpu-rs version 0.4 was released on crates. wgpu is based on gfx-hal-0.4 and includes changes from the previous blog post;

A few notable additions are:

Lyon has updated examples for this version, showing how to draw vector graphics on wgpu.

Also, wgpu is now a part of Gecko code base for powering the emerging WebGPU implementation.

luminance is a type-safe, type-level and stateless Rust graphics framework.

This month, @phaazon released a "Learn Luminance" book. Luminance's wiki was deprecated and the book is now the central reference to onboard newcomers to use luminance as well as people who would like to give luminance a try and who knows nothing about rendering.

Btw, @resinten is working on a game using luminance: 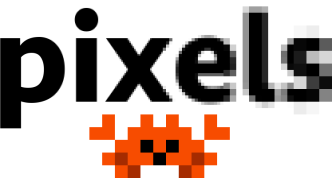 Pixels by @kodewerx is a tiny hardware-accelerated pixel frame buffer based on wgpu. It's supposed to be used for emulators, software rendering, 2D animations and games prototyping.

metropolis by @GuyL99 is a high-level graphics renderer, with easy functions to use.

This crate should make graphics programming easy with functions like rect, ellipse, line, text, and such, and it's fast with 60-120 FPS on a bad computer. 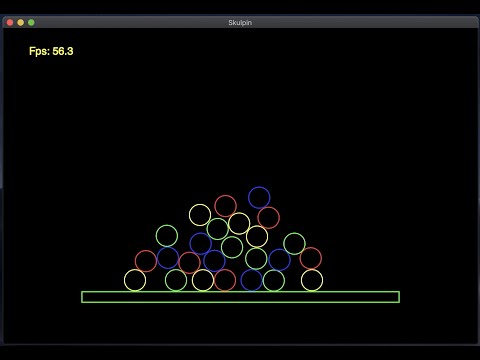 skulpin by @aclysma provides an easy option for drawing hardware-accelerated 2D by combining Vulkan and Skia.

ultraviolet v0.2 were released by @fu5ha. This release introduces Bivectors and Rotors and improved usability. 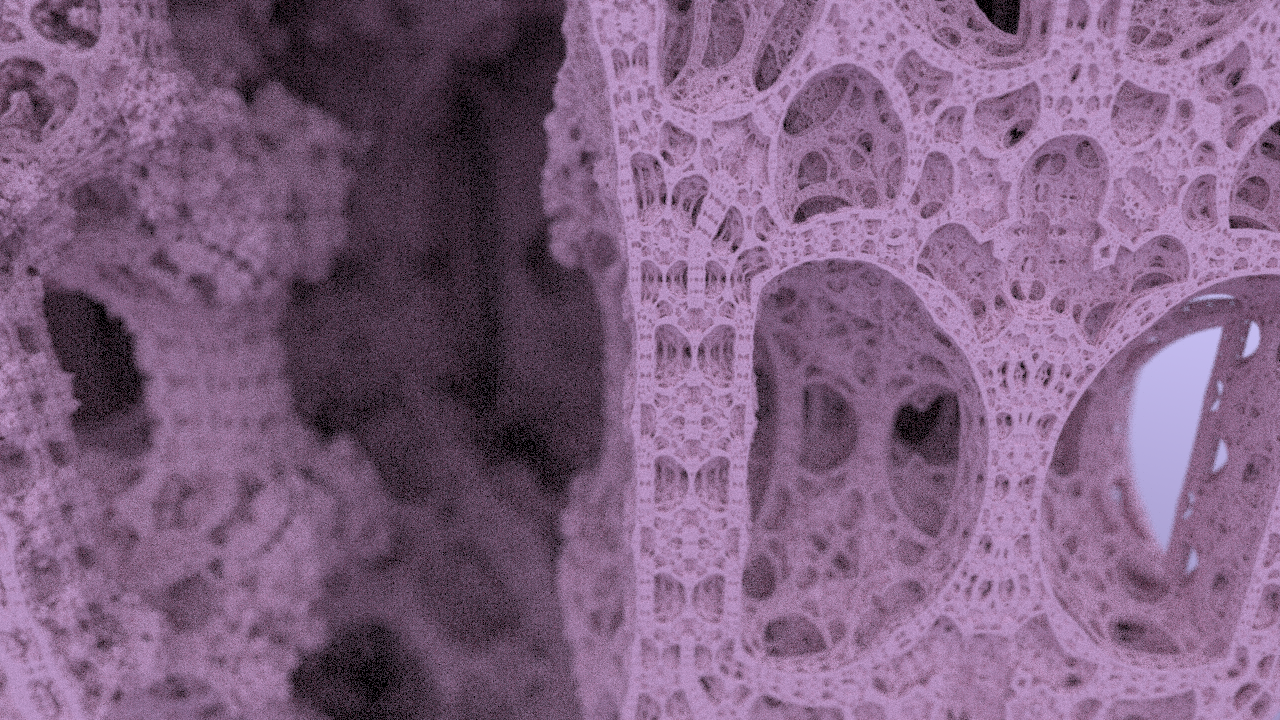 Also, Rayn v0.3 was released recently - it's a CPU-based path tracing renderer focused on rendering SDFs (specifically fractals) that is based on ultraviolet.

As a language, Mun is still far from production-ready, but this release gives you a glimpse of what natively supported hot reloading will look like in the future. The purpose of this release is to showcase our progress and gather feedback from those brave souls willing to try out Mun at this early stage.

To get started, read the Mun Book and have a look at Rust examples.

For the full roadmap of Mun, have a look at their Trello board.

glsl is a crate to parse GLSL formatted sources into a typed AST. The crate exposes several methods, types and modules to perform transformations on that AST, among outputting GLSL, SPIR-V generation and visiting the AST with possible in-place mutations.

glsl v3.0 was released by @phaazon:

SPIR-Q <...> can be very useful for dynamic graphics/compute pipeline construction, shader debugging and so on. SPIR-Q is currently compatible with a subset of SPIR-V 1.5, with most of graphics capabilities but no OpenCL kernel capabilities covered. Btw, SPIR-Q currently only depends on the Rust standard library.

Iced is a renderer-agnostic GUI library focused on simplicity and type-safety.

This month, a beta version of Iced was released. The most important new features are:

Also, Cryptowatch is now sponsoring the development of Iced!

Creative Coding in Rust with Nannou #

A beginner-level tutorial article teaching how to build a small demo with the nannou creative coding framework.

The Roguelike Tutorial by @blackfuture includes almost 60 chapters now and continues to grow!

Some of the November's updates:

Check out the online Demo.

"Adventures of Pascal Penguin" by Matthew Michelotti is a 2D grid-based puzzle game with levels designed around slippery ice.

Push blocks and bounce off bumpers as you try to reach the crystal at the end of each level. Grab invisibility orbs to walk through solid objects. Build a safe path over boiling lava and ice-cold water. There are 40 levels spread out across 5 zones. Can you complete them all?